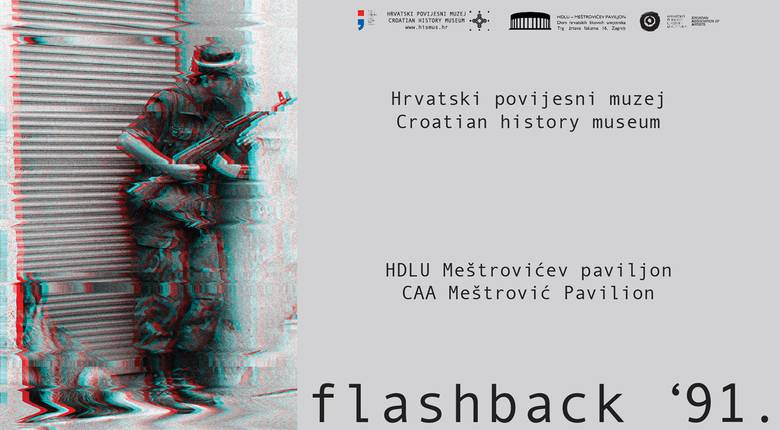 The authors of the exhibition and catalogue, as an curators of the Collection of Photographs, Films an Negatives of the Croatian History Museum Ivica Nevešćanin and Nikola Seiwerth are responsible for the symbolic selection of 30 exhibited, enlarged photographs on the outer ring of Meštrović's Pavilion and 91 selected and described photographs in the catalogue that symbolize thirty years since the beginning of the Homeland War and 1991.

Through selected photographs of the best Croatian war photojournalists, the Croatian History Museum intends to present a kind of photographic summary of the collective consciousness and memory of 1991, giving each visitor the right to their own memory, emotions and different experience of messages recorded by war photographers.

The photographs follow, more or less chronologically, the organization of the defence and the beginnings of the Croatian army from the first armed conflicts of Croatian police with Serbian rebels and the Yugoslav People's Army, the establishment of the National Guard Corps, the war on all battlefields from Vukovar to Dubrovnik, up until the end of December 1991 and the signing of Sarajevo Ceasefire on January 2, 1992. Civilian life and its destruction have not been left out, but, for several reasons, it has not been shown in an extremely disturbing form in the exhibition and in the catalogue. Photographs of war victims — women, children, and the elderly in their tragic and psychotic situations — proved sufficiently explicit and poignant.

Some of the photographs also served as a template that the young freelance artist Rudolf Crnko - Glitchboy2000 processed with the glitch technique - causing an error in digital or audio format in order to obtain a visual result. In the art form, Glitchboy2000 deliberately introduces error into familiar motifs to provoke a reaction. A war is a malfunction, a system error, and in this arrangement the detonations of mortar projectiles can almost be felt. The use of glitch in a photograph that was often used for propaganda purposes and exhibitions, both during and after the Homeland War, conveys the message of younger generations who have their own perspective on those war years.

For thirty years now, and predominantly in cooperation with the authors of the photographs, the Croatian History Museum has been collecting, processing, exhibiting, preserving and making numerous photographic materials related to the Homeland War available to the public. In historical, documentary, art history and museological sense - photographs taken in the Homeland War are extremely valuable material, consisting of hundreds of thousands of photographs, some of which are part of the Museum's collections.

Thematically, these photographs are diverse, from those taken on the frontline to those capturing civilian everyday life in Croatian towns and villages. Since they have not only a documentary but also an artistic dimension many of them are still present in Croatian society, media and culture, becoming more than documents of time - a symbol, or as the exhibition title says, a kind of flashback to 1991.

Today, thirty years later, the phrase "Where were you in '91?" is repeated in Croatian society and culture. Thanks to the photographers and their subjects, the exhibition and catalogue Flashback '91 can offer an answer to that, often ironic, question.

We would like to thank all war photographers for the photographs and collegial cooperation with Croatian History Museum.

Partner of the exhibition

Graphic design of the exhibition

* The Exhibition and the Catalogue have been sponsored by the Ministry of Culture and Media of the Republic of Croatia. The exhibition takes place in extraordinary circumstances for the Croatian History Museum, which is closed to the public due to the consequences of the earthquake from March 22, 2020.