THE EXHIBITION IS OPEN TO THE PUBLIC FROM WEDNESDAY, MAY 19 2021. 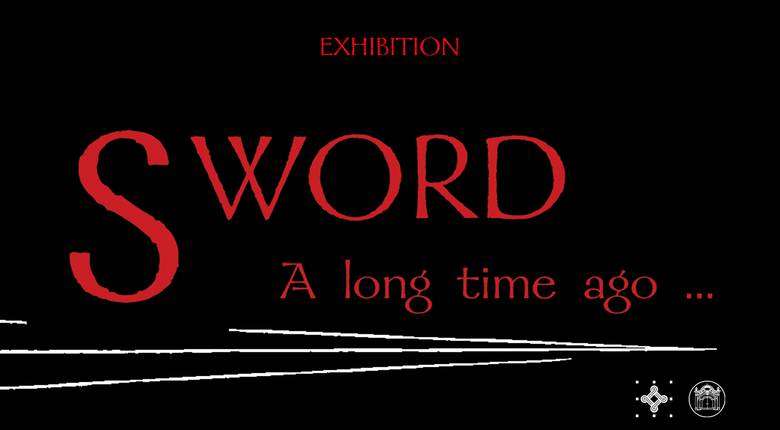 ... in kingdoms and duchies not so far away was a symbol and personal armament of knights, the armoured nobility – mounted warriors who used the sword to submit as well as to protect others. Empires were born and ruined by the sword, it was used to reshape borders and to write the history of the world.

A sword is a symbol that represents certain deep values in every society that has used it. It is a conflicting item, a piece of art, an object of science and high degree of technical skill, an expression of language and a bearer of myths. Today, we see them displayed in museums, we admire them as works of art or products of fine craftsmanship, but we should not forget that they weren’t made to be admired, but as weapons capable of both saving and taking a life.

Ever-present in history, as in the imagination, the sword is a weapon of a knight, the extension of his hand as well as his mind.

It’s a subject of legends, stories, and songs. As it was for our ancestors, it’s still an almost unavoidable part of modern epics that we enjoy reading, listening to and watching. We are presenting a selection of 25 valuable medieval swords dating from the 11th to the beginning of the 16th century. The exhibition and catalogue are largely based on the expert and scientific work on medieval swords from the Arms and Armour Collection that the Croatian History Museum published in 2009 in the catalogue “Swords of the Chivalric Period in Croatia”. In structuring this catalogue, our aim was to make this subject accessible to a wide audience, to generations from both the 20th and the 21st century. To popularize the Museum’s collection, the swords and general themes of knightly life are presented together with items and forms of media which we encounter in our everyday life, testifying to the fascination with sword and chivalry today.

Swords found on the territory of Croatia do not deviate from the typology, systems, and characteristics of swords of the same period from throughout Europe. The customs and rituals connected with these swords were the same as in other parts of Europe, representing a common culture we have inherited. They say the pen is mightier than the sword, but who can remember a heroic adventure that ended in a duel with pencils? Peek into the world of medieval knights and witness the impact which that period still has on the imagination of modern Man.

* Exhibition „Sword – a long time ago …“ is taking place in extraordinary circumstances for the Croatian History Museum, which is closed to the public due to the consequences of an earthquake from March 22 2020. We would like to express our gratitude to the Klovićevi dvori Gallery for the provided exhibition space and collegial assistance and to all those who have contributed to the realization of the exhibition.